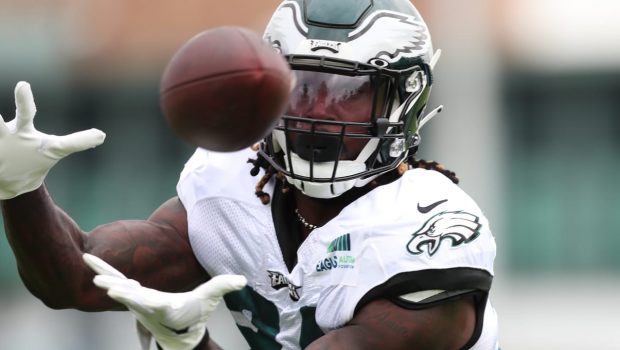 Trey Sermon ran the ball for the Niners 41 times last year for 167 yards and a touchdown. He caught three passes for 26 yards.

And, with Boston Scott out Sunday for the Eagles-Jags game, Sermon figures to see some action.

Nick Sirianni had some thoughts yesterday:

“One thing we’re doing this year, that’s really helped is there’s an additional period this year. We always know we have the developmental period at the end, I’ve told you guys about that.

“Another attempt to develop young players and to develop guys that weren’t here with training camp, stuff like that, kind of like we did with [QB] Gardner Minshew. We’re doing a walk-through, a developmental walk-through before each walk-through to get those extra eight reps there.

“Then we’re also doing a twos versus ones, ones versus twos in practice where we’re actually running our plays versus the defense and vice versa.