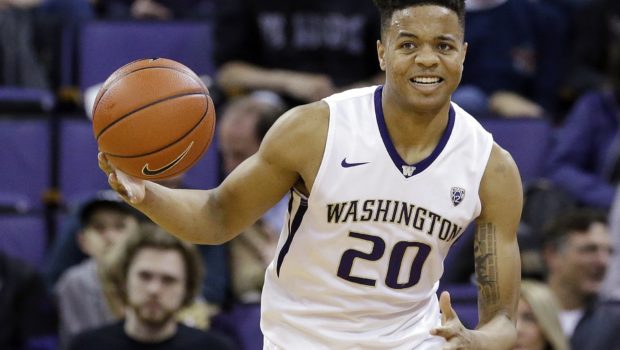 IN TRADING TOP PICK TO SIXERS, LET’S SEE HOW SMART CELTICS ARE!

In Sixersland, it’s the day after the official announcement that Philly now has the No. 1 pick in Thursday’s NBA draft.

Markelle Fultz (above), who will be picked with that top slot, Joel Embiid and Ben Simmons are the core of an exciting team that can make the playoffs as soon as next season and maybe even compete for titles before anyone reasonably expected.

The result of four years of tanking could be a decade of success. Or, as Embiid wrote underneath an Instagram photo over the weekend, “this should be legendary if it happens.”

Embiid has played only 31 games since being drafted in 2014, due to foot and knee injuries. Simmons, the top pick last year, still hasn’t played because of his own foot injuries. Fultz obviously hasn’t played, either, and the Boston Celtics just decided they didn’t want him.

What the Celtics got instead was flexibility. By moving back two spots—likely because they wanted someone other than Fultz or Lonzo Ball who could be available at No. 3 anyway—Boston added what it called “the favorably protected rights to a future first-round pick.” For those who don’t speak NBA, that means one more high lottery pick in another draft. They’ve become a good team with the assets of a bad team.

Next year’s Los Angeles Lakers pick gets sent to Boston if that selection is No. 2 through No. 5, and the odds of that happening could be as high as 80% if the Lakers lose as much as most people expect. Boston still has the Brooklyn Nets’ pick next year, too, as the result of a 2014 trade that turned out to be the most lopsided deal in NBA history. Which means the Celtics could have the No. 1 and No. 2 picks in 2018. But it might be preferable if they don’t get that Lakers pick. Boston would then get the higher pick of the Sixers or Sacramento Kings’ in 2019 as long as it’s not the top pick. It doesn’t seem likely the Kings will be any better by then.

Boston has shorted the Nets, Lakers and Kings. The Celtics win if those teams lose.

They have gambled against three of the NBA’s worst teams at a time when the Celtics are one of the NBA’s best teams. They had the top record in the Eastern Conference this season and should be even better next season, especially if they land a big fish in free agency. They’re the rare NBA team built for the present and the future.

That’s what makes this weekend’s blockbuster deal so uncertain. The Celtics’ stiffest competition for years to come—especially if LeBron James ever gets worse at basketball—could be the Sixers, the team they helped create. They’re now linked with the player they’re not drafting. Boston’s future depends on Fultz’s.