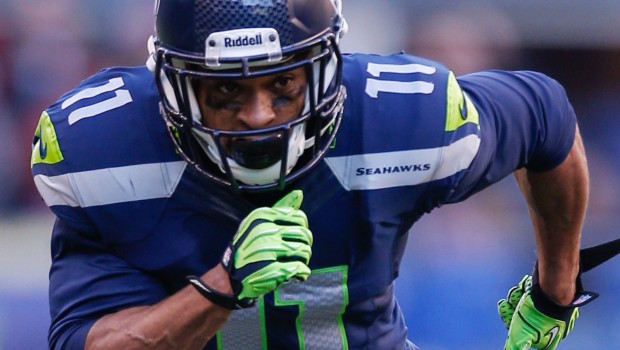 You might say that the Seattle Seahawks’ decision to trade Percy Harvin turned their so-so season into a Super Bowl season.

Carroll described the Oct. 17 trade as something Seattle “had to endure,” and the immediate aftershocks nearly wrecked the Seahawks’ chances of defending their title.

But with Seattle ready to take on the Patriots in Super Bowl XLIX on Sunday, the extremely costly decision to dump the talented but temperamental wide receiver and kick returner now looks like little more than a speed bump.

“It was a very difficult choice,” Carroll said of the decision to trade Harvin for a conditional 2015 pick barely a year after giving up three picks — including a first-rounder — to the Vikings for him.

“It was an unpopular choice from the outside in, but it was the only choice that we could make at the time to do the right thing for us, and hopefully it’ll work out for him as well,” Carroll said. “There was a big impact of that, but we had to endure that and since we’ve come out of it, we’ve found what we were looking for really in that decision.”

The impact was felt right away, as the Seahawks promptly dropped their first game after the Harvin trade in a 28-26 road loss to the Rams just two days after the deal.

Harvin was fiercely popular in parts of the Seahawks locker room, and several players immediately bemoaned the deal on social media. Marshawn Lynch reportedly was so upset, he almost didn’t get on the team bus to the airport, although the Seahawks later denied that.

Seattle’s passing game immediately suffered, too. Russell Wilson failed to throw for more than 177 yards in four of the next six games and the Seahawks stood just 7-4 and third in the NFC West on Nov. 23.

But Seattle hit its stride after that, reeling off seven consecutive victories to reach the Super Bowl. That rebound included big contributions from the now Harvin-less receiving crew, which wideout Doug Baldwin said Monday thrived on what he described as the disrespect shown to them with Harvin and 2014 free agent Golden Tate — now with the Lions — gone.

“I think we just got the negativity and the disrespect in a different way, saying we miss Percy, we miss Golden or the no-names that are out here at receiver,’’ Baldwin said Monday.

“We enjoy that. It adds some motivation, it adds some flair to it and we embrace it. I’ve got a shirt underneath my sweatshirt that says ‘Pedestrians With Attitude.’ So we enjoy the label because we embrace it.’’

Harvin had a couple of big games with the Jets, including an 11-catch, 129-yard day against the Chiefs in Week 9, but he will be sitting home watching Sunday after a 4-12 season and appears likely to be a free agent this offseason.

If Harvin has any regrets about the poor behavior that reportedly forced his exit from Seattle, the Seahawks certainly don’t have any regrets now about getting rid of him.

“We made a big statement going after Percy and he’s an incredible football player and an amazing competitor,” Carroll said Monday. “As it turned out, we just thought it was better for our team to move on.”