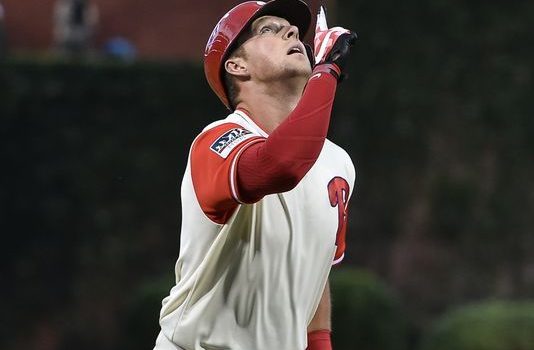 TRADING BLOCK? PHILS AT A CROSSROADS WITH RHYS HOSKINS!

This is a pivotal year for Hoskins. This offseason represents his first time being arbitration-eligible, and Hoskins, who will be 28 at the start of the season, has an opportunity to show he’s still one of the better power hitters in the league as he returns from elbow surgery.

He’s in the sweet spot of getting a significant raise and the window where the team could look to give him a longer-term deal and buy out a couple of his free-agent years.

The Phillies, though, are approaching a crossroads with the slugger.

Hoskins becomes a free agent after the 2023 season. Do they lock him up with an extension sometime this year or explore a trade after the season to capitalize on his value and address another area of the roster?

One problem with trading Hoskins is the value they would net in return. He’s a power-hitting first baseman, which isn’t always a commodity.