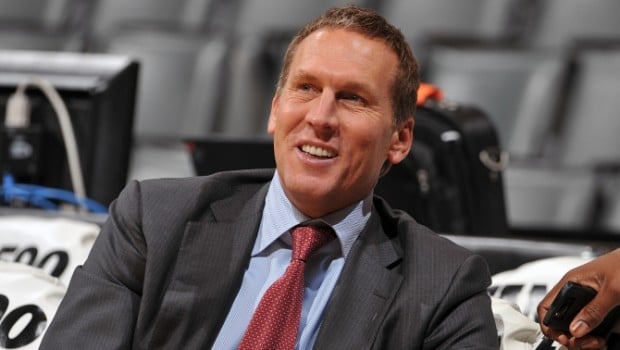 Due respect to Sam Hinkie, who tore down the wreck of a Sixers franchise and acquired assets, but:

His successor Bryan Colangelo is the best big boss in Philly sports!

With a treasure chest of assets, Colangelo is approaching his first trade deadline with Philadelphia.

Hired in the offseason, Colangelo has made three trades, including the deal to acquire Ilyasova and the future first from Oklahoma City a week into the regular season.

Colangelo’s prior tenures with Phoenix and Toronto have him well-prepared to approach the deadline.

In his seven seasons with the Raptors, Colangelo was involved in 10 out of 29 trades that took place after Jan. 1.

The most notable was Toronto acquiring Rudy Gay in January 2013 as part of a three-team trade involving Detroit and Memphis.

The Sixers are currently $16.9 million below the salary cap and $7.5 million short of the minimum team salary floor.

Barring a trade, Philly would need to waive a player in order to claim someone off waivers to get closer to the floor.