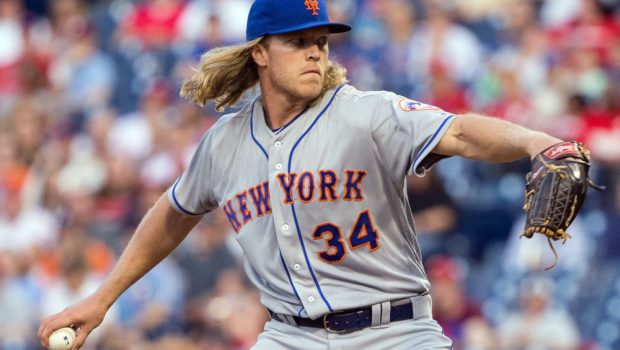 The Phillies, according to Jayson Stark, want “a starter who can start a playoff game.”

The Reds’ Tyler Mahle, the Angels’ and ex-Met Noah Syndergaard, and the Pirates’ Jose Quintana — three of the most prominent starting pitchers remaining on the trade market, all would qualify.

Mahle is controlled through the 2023 season, while Syndergaard and Quintana would be pure rentals as players who are scheduled for free agency this winter. As such, Mahle would surely cost the most in a trade, and Syndergaard carries a bit of a financial hit, with roughly $7.2MM still owed to him over the remainder of the season. By contrast, Quintana is owed only around $675K for the rest of 2022, but Quintana also has a shaky track record over the last few seasons before righting himself this year in Pittsburgh.

Dave Dombrowski, the Phils president of baseball operations, has suggested that his team was hoping to bolster the rotation, but the Phils were also hesitant about dealing any of their top prospects.

Stark backs up that assertion, noting that the Phillies haven’t been willing to move any of Mick Abel, Andrew Painter or Logan O’Hoppe (the Phils’ consensus top-three prospects in the view of Baseball America and MLB Pipeline), or right-handed pitching propects Griff McGarry or Ben Brown. BA ranks McGarry fourth and Brown seventh in their ranking of Phillies prospects, while Pipeline is a little less bullish, ranking McGarry eighth and Brown 26th.

Since the Phillies’ system isn’t considered to be too deep overall, it isn’t any surprise that the front office isn’t keen on parting ways with any of the relatively few premium names on hand in the minors. However, as Stark observes, the Phils will find it difficult to obtain higher-tier pitching unless they’re open to trading prospects. Given the amount of interest Mahle has received from around the league, and given what the Reds just obtained from the Mariners in the Luis Castillo deal, it would seem almost impossible for the Phillies to land Mahle without at least one of the blue-chip prospects.

Syndergaard and Quintana would come at a lower price tag as rental players, but Stark notes that Dombrowski also prefers controllable starters. This was Philadelphia’s strategy in landing Kyle Gibson from the Rangers at last year’s deadline, and landing a starter who is controlled through at least 2023 would give the Phillies some cover since Gibson and Zach Eflin could both be free agents this winter.

The rotation seems to be Philadelphia’s top priority at this point, as Stark says that the Phillies aren’t focused on any bullpen moves for the moment. This is a little surprising given the Phils’ longstanding needs in the relief corps, but it could be that Dombrowski is first exploring his options with the starter market before turning to the (relatively) easier route of adding relievers. Also, virtually every contender in baseball is looking for relievers right now, so Dombrowski could be opting to make some late strikes after the first wave or two of bullpen trades have been made.