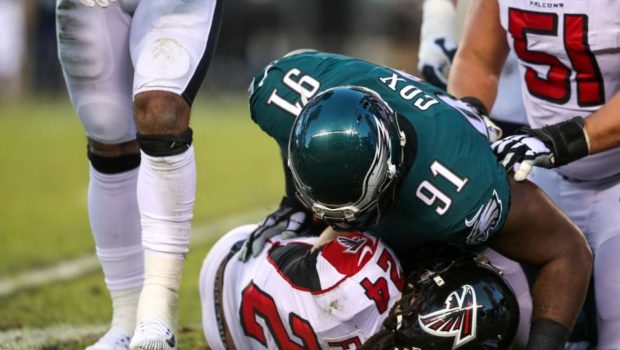 He played 57 of 63 defensive snaps against the Falcons.

“With me taking a lot more snaps, I get in a whole lot more rhythm and I think that affected my play,” Cox said yesterday. “I wasn’t coming off the field.”

Cox had a sack, two quarterback hits and two tackles for loss, prompting Eagles coach Doug Pederson to call Cox “a man on a mission.”

“I said to myself, ‘Go out and take over this game, and everybody else will follow,’” Cox said. “I think it kind of rubbed off.”

Cox played only 58.93 percent of the snaps in the regular season, though he did miss two games. But the Eagles dressed only three defensive tackles for the divisional round, scratching Destiny Vaeao, knowing Cox would play more.

“Fletcher’s a big guy, and I don’t think people realize how tough that is to give that type of effort on every single snap,” defensive tackle Beau Allen said. “He’s a warrior. I can’t say enough. Anybody who questions our team’s intensity, effort, or things like that only needs to look at Fletcher Cox’s film from last week.”