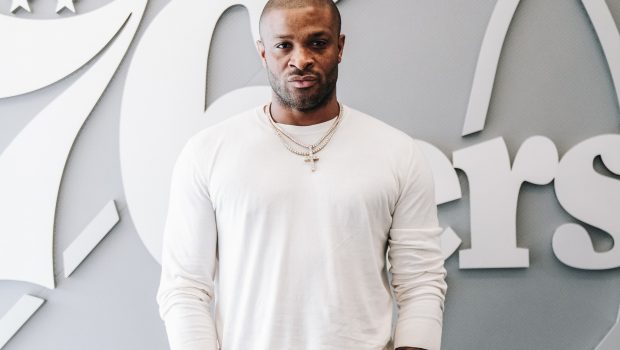 TOUGH-AS-NAILS TUCKER IS OFFICIALLY A SIXER!

Tucker, who won an NBA title with the Milwaukee Bucks in 2021, joins the 76ers for his 12th NBA season.

“This team is good enough to compete head-to-head with anybody in the league, and I’m going to come in here and do whatever I can to help get us to that next level,” Tucker said.

“Philly fans demand greatness and it will be up to us to get to where we need to be in order to accomplish our goals. I’m excited to get to work.

Here are some details from the Sixers web site:

Tucker was born in Raleigh, North Carolina, on May 5, 1985. He played high school basketball at William G. Enloe High School in Raleigh before playing college ball at the University of Texas from 2003-2006.

In his third and final season as a Longhorn, Tucker helped his team to an Elite 8 berth, and was named a second-team All-American and Big 12 Player of the Year.

Tucker averaged 13.4 points and 8.2 rebounds per game over the course of his college career.

Tucker was drafted 35th overall by the Toronto Raptors in 2006. He appeared in 17 games in his 2006-07 rookie campaign with Toronto.

Tucker made his NBA return in 2012, signing with the Phoenix Suns, where he would play for the next four seasons, plus part of the 2016-17 season, before getting traded back to Toronto in 2017.

Following the 2016-17 season, Tucker signed a multi-year contract with the Houston Rockets, where he played until 2021.

Tucker was acquired by the Bucks on March 19, 2021, joining Milwaukee for its championship run.

Tucker played the 2021-22 season with the Miami Heat, appearing in a second consecutive Eastern Conference Finals.