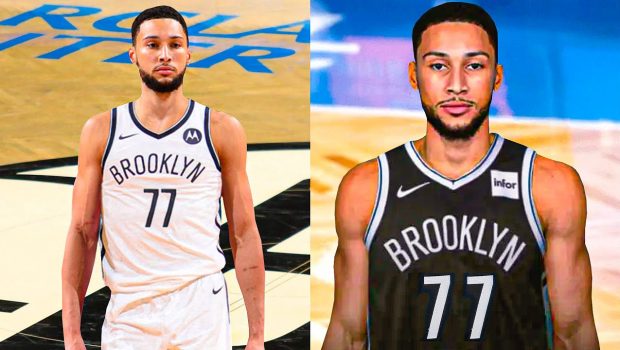 ‘TOO EARLY TO TELL’ WHEN CRYBABY SIMMONS WILL PLAY FOR NETS!

Nets GM Sean Marks said today that it is “probably too early to tell” when Ben Simmons will make his debut for the Nets.

He hasn’t played since last June 20, when he choked like a dog for the Sixers against the Hawks in Game 7 of the Eastern semis.

Until Simmons is ready to play, Kyrie Irving should be the main ball handler for the Nets in all away games.

As far as home games, there’s a good chance that they roll out a starting lineup of Patty Mills, Cam Thomas, and Seth Curry on the perimeter, whenever Curry gets cleared.

Thomas ended up scoring 27 points as a starter alongside Irving and Mills last night in their 10th straight loss in DC.