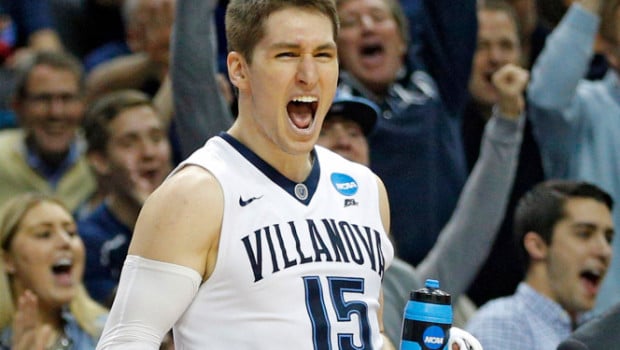 Tonight’s Villanova-Kansas showdown for the championship of the South region has all the makings of a classic.

Kansas, the tournament’s No. 1 overall seed, is making its first Elite Eight appearance since 2012, when the Jayhawks reached the NCAA championship game before losing to Kentucky.

Second-seeded Villanova hasn’t played in a regional final since 2009, when the Wildcats reached the Final Four.

Villanova coach Jay Wright even compared it to a heavyweight fight on Friday.

”Both of us are playing our best basketball right now, and both of us have played pretty well during the season,” Wright said. ”It’s one-seed, two-seed and teams that I think feel very good about how they’re playing. So I would say that’s a heavyweight matchup.”

The Wildcats (32-5) have won three tournament games by an average of 24 points, including Thursday night’s 23-point drubbing of No. 3 Miami in the Sweet 16. Villanova is shooting nearly 60 percent from the field in the tournament.

”They’re on fire right now,” said Kansas coach Bill Self, who quickly noted that his Jayhawks (33-4) have been just as dominant.

Kansas needed a first-half rally against No. 5 Maryland before routing the Terps 79-63. Their performance didn’t surprise Self, who has often seen his team’s experience pay off this season.

Asked if tonight’s matchup feels any different, Jayhawks forward Landen Lucas said, ”It does, but we’ve experienced so many pressure moments in games and situations like this this season. We know what it’s like to come out and compete at a high level, and we’ll get that done.”

Villanova needed to shoot well against Miami because it allowed the Hurricanes to make 53 percent from the field in the victory. Kansas might not shoot as many 3-pointers as Miami, but the Wildcats know the Jayhawks are just as capable of lighting up the scoreboard.

”We’re aware of how well we’re playing offensively,” Villanova senior center Daniel Ochefu said, ”but defensively, we have a lot of room to get better. We have to make ourselves accountable, and that’s how we’ll get better in games.”

Kansas junior forward Landen Lucas is averaging a double-double through three NCAA games, 12 points and 10.3 rebounds. He had season highs of 14 points and 11 rebounds against Maryland, reinforcing his growing status as the Jayhawks’ glue guy. ”That’s a credit to my team,” he said. ”They give me the ball in good position. The way I score is off of those guys.”

Villanova junior forward Kris Jenkins has been rolling during the postseason, averaging 17.8 points in the Big East Conference and NCAA Tournaments. ”I always believe the next one’s going in,” said Jenkins, who made 5 of 6 from long range and finished with 21 points and nine rebounds against Miami. ”I always keep that mentality.”

Kansas senior forward Perry Ellis matched a season high with 27 points against Maryland and has scored at least 20 points in seven of eight games. Villanova figures to focus on him, but other teams have tried that as well and he’s still getting good numbers. ”I’m just trying to do whatever I can to win,” he said. ”Playing aggressive is something I’m not worried about. Just trying to win.”

Kansas has won three of five against Villanova, including in the 2008 Sweet 16 en route to its third NCAA title. But the Wildcats have the most recent victory, a 61-57 win in the 2013 Battle 4 Atlantis in the Bahamas.