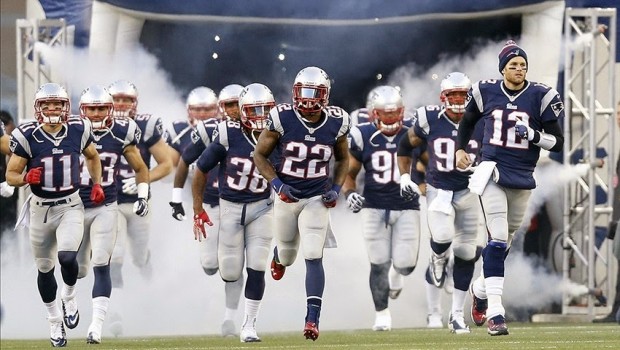 WHY TONIGHT’S SUPER BOWL IS ALL ABOUT THE PATRIOTS

After two weeks of hype, Deflategate, the commish’s embarrassing presser, Patriots’ owner Robert Kraft’s ridiculous demand for an apology, the action returns tonight to the playing field as the Patriots take on the Seahawks in Super Bowl XLIX in Glendale, Ariz.

“This is about an opportunity for this team at this time to be special this year,” Patriots coach Bill Belichick said Friday. “Whatever did or didn’t happen, we don’t really care now. At this point, we care about what happens on Sunday and what we’ll leave as our legacy and what the mark of this team is . . . so it’s not about anything that’s happened. It’s about what’s going to happen Sunday.’’

The Seahawks are a terrific team with a roster stocked with players in their athletic primes. The Seahawks could become the first team to win back-to-back Super Bowls since the 2003-2004 Patriots. Quarterback Russell Wilson can move onto the platform once occupied by a young Brady. Seattle coach Pete Carroll, now 63 years old, has an opportunity to beat Bob Kraft, the man who fired him all those years ago. Pete has won NCAA championships and a Super Bowl since leaving the Patriots, but his résumé is incomplete until he gets validation from Patriot Nation and a New England media machine that mocked him and drove him from Foxborough at the end of the 20th century.

But the Patriots have so much more at stake. They have come to the desert on a mission to win their first championship in 10 years, and defend a Football Way of Life. Branded as cheaters by much of the nation, they have a chance to hoist the Lombardi Trophy, shake their fists toward the falling confetti, and tell the world, “Deflate this!” It could be the sweetest moment in the history of a franchise that has enjoyed an unprecedented 15-year run of success (170 wins since 2001 — 20 more than any other team).

If the Patriots win, they get to reclaim their status as the best football team on the planet. They cement their legacy, and 37-year-old Brady becomes the first quarterback to win a Super Bowl 10 years after winning his last Super Bowl. Brady would join Joe Montana and Terry Bradshaw as the only quarterbacks with four Super Bowl wins. Belichick would tie Chuck Noll as the winningest Super Bowl coach of all time. It would represent some revenge for the stunning loss in this same stadium seven years ago.

That was the night everything changed for Patriots football. New England’s 2007 team was poised to win a fourth Super Bowl in seven seasons. Steamrolling teams in the wake of the Spygate scandal, the Patriots were going to finish 19-0 and bump the 1972 Miami Dolphins (17-0) from the record book.

And then David Tyree pinned a pass against his helmet, Eli Manning rallied the Giants, and everything changed for the New England Patriots.

After Glendale in 2008, the Patriots were somewhat diminished. They were a very good team, an annual division winner — they even made it to another Super Bowl in the 2011 season — but they were never again discussed as greatest ever. Their detractors loved to remind the Patriots that the franchise had not won a Super Bowl since it was discovered they’d been systematically breaking the rules by videotaping opposing coaches’ sideline signals.

Now this. The Patriots are in the Big Game again and they are targets of a new investigation that has further tarnished their image.

It’s hard to build any case that the Patriots won because of Spygate back in the day. It’s probably even harder to believe that playing with deflated footballs has put them in position to win in the playoffs every year. But fair or unfair, the penalties of Spygate and the investigation of 2015 virtually assure that these Patriots will never be fully credited for their achievements. That’s what hurts. And that’s why Belichick and Kraft were so emotional in their defenses of the team last week.

Barring total league capitulation and contrition at some future date, the Patriots are never going to recover from the PR hit of Deflategate. Emboldened by a lot of NFL lifers (when you lose Troy Aikman, you lose America), jealous rivals can forever make the claim that the Patriots only won because they bent the rules.

Maybe the Patriots do bend the rules. But anyone who’s paying attention knows that they are good because they are good, and it has nothing do with video or PSI.

Legacy and image cannot be controlled. It’s the game that the Patriots can control. They have a chance to win the Super Bowl. On the field. Sunday night.