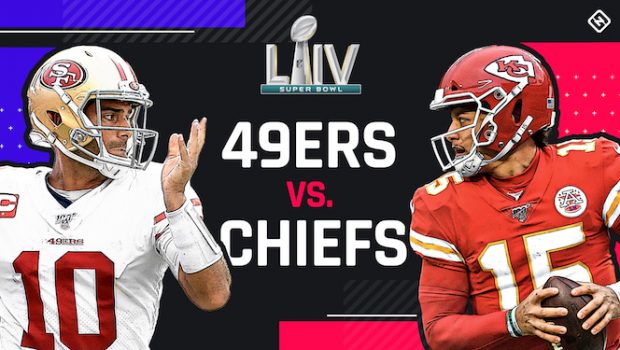 TONIGHT’S SUPE: EVERYTHING YOU NEED TO KNOW AND WATCH!

The first five Super Bowls in Miami were held at the Orange Bowl, which was demolished in 2008.

The subsequent five were held at the stadium originally called Joe Robbie Stadium, the most recent of which coming in February 2010.

That game, Super Bowl XLIV, was a classic between the Colts and Saints. New Orleans scored 15 unanswered points in the fourth quarter to deliver Drew Brees his first and only Super Bowl title.

Super Bowl LIV will be played between the Kansas City Chiefs and the San Francisco 49ers. The Chiefs disposed of the Tennessee Titans in a 35-24 win at Arrowhead Stadium to clinch their first Super Bowl berth in 50 years. The 49ers handled the Green Bay Packers in a 37-20 rout as they seek their sixth Super Bowl victory in franchise history.

The game will be televised by FOX, which rotates Super Bowl coverage every year with CBS and NBC. ABC’s broadcast of Super Bowl XL in 2006 was the last network to air the game other than FOX, NBC, or CBS.

There will be a high of 69 degrees with clear skies, but temperatures are expected to drop to make for a cool Miami night by kickoff with a low of 54 degrees (via The Weather Channel).

Performing the “Star-Spangled Banner” at the Super Bowl marks the start of a big 2020 for Lovato, who is also scheduled to perform at the Grammys this year and release a new studio album, her first since a near-fatal overdose in 2018.

The 2020 halftime show will be the first since the NFL agreed to a deal allowing Jay-Z’s Roc Nation to head up its “endeavors in music and entertainment.”

Snickers returns after a two-year absence to mark the 10-year anniversary of its hilarious “You’re Not You” ad, originally starring Betty White.

Facebook makes its Super Bowl debut after a couple years’ worth of unflattering headlines, bringing in Chris Rock and Sylvester Stallone to drum up some goodwill.

President Donald Trump and presidential candidate Mike Bloomberg will both run 60-second political ads a full nine months prior to Election Day 2020, with Trump’s expected to come “early in the game.”

Porsche is back for first time since 1997 with an ad about its new all-electric vehicle.