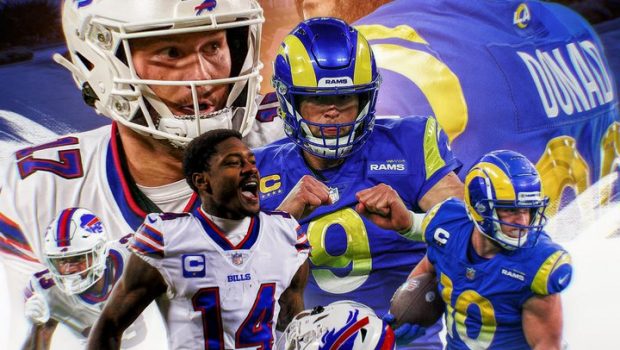 RAMS-BILLS ON NBC: THEN IT’S THE UNITED STATES OF AMAZON!

While tonight’s NFL season opener between the defending champion Los Angeles Rams and ascendant Buffalo Bills will be broadcast on NBC, most Thursday games will only be available on Amazon Prime Video, which is paying $1 billion annually for “Thursday Night Football.”

The league incorporated the streaming services of NBC, Disney, CBS, and Fox in its set of 11-year media deals that begin next season and are collectively worth more than $110 billion.

The league is also launching its own streaming service, NFL+.

With the biggest names in broadcast media on board, the league is looking to the tech giants for NFL Sunday Ticket: Google, Apple, and Amazon are all reportedly eyeing the out-of-market package, which the league hopes to sell to a streaming service for $2.5 billion annually.