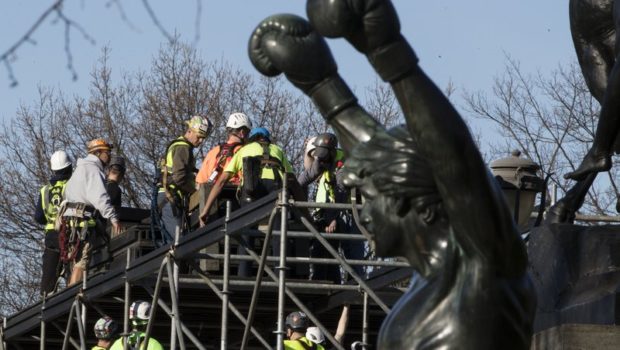 TONIGHT’S THE NIGHT! HERE’S EVERYTHING YOU NEED TO KNOW ABOUT PHILLY’S NFL DRAFT!

For the first time since 1961, Philly is hosting the NFL Draft.

This year, the stage is set up so that players walk the famous “Rocky” steps at the Museum of Art after being drafted. And the first three players to come off the board may be on the defensive side of the ball, with Texas A&M’s Myles Garrett, Stanford’s Solomon Thomas, Ohio State’s Marshon Lattimore, LSU’s Jamal Adams, and Alabama’s Jonathan Allen in the mix.

And, of course, it will be interesting to watch which quarterback is off the board first, with Clemson’s Deshaun Watson, North Carolina’s Mitchell Trubisky, Texas Tech’s Patrick Mahomes, and Notre Dame’s DeShone Kizer in the running for that top billing.

Where: Museum of Art at Eakins Oval.

Making the rounds: Round 1 will be tonight, followed by Rounds 2 and 3 tomorrow, and Rounds 4-7 Saturday.

■ Here are this year’s underclassmen.