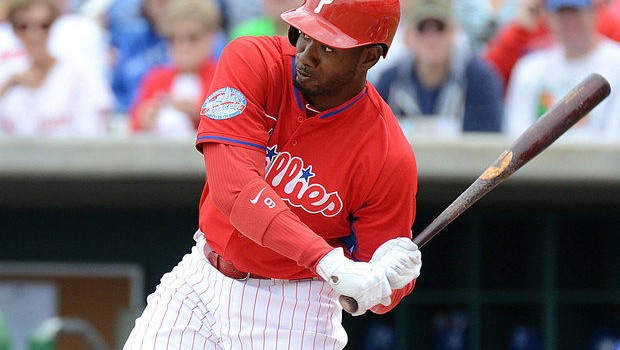 This might be Domonic Brown’s last chance to prove he is a major leaguer.

Phillies outfielder Brown will begin a rehab assignment Thursday night with the Clearwater Threshers as he looks to come back from Achilles tendinitis that became an issue during spring training.

Brown is eligible to come off the 15-day disabled list on Saturday, but in all likelihood will return later than that as he is just beginning his road back since suffering the injury on March 19.

Grady Sizemore and Jeff Francoeur have both filled in for Brown, with Francoeur hitting a three-run home run on Wednesday and getting a second consecutive start in Thursday’s rubber match against the Boston Red Sox at Citizens Bank Park.

Phillies team president Pat Gillick said earlier this week that he feels it is time that Brown makes counter-adjustments to the way pitchers adapted to him last season. Brown made his first trip to the All-Star Game in 2013 but regressed last season