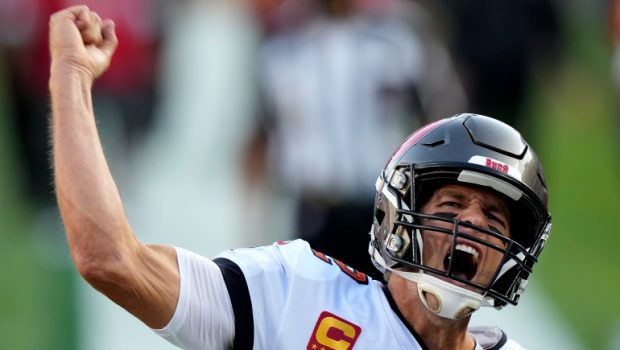 TOM BRADY PLAYED ALL OF 2020 WITH TORN MCL, THEN WON THE SUPE!

Tampa Bay Buccaneers quarterback Tom Brady played all of last season with a torn medial collateral ligament in his left knee, according to a report in the Tampa Bay Times.

Brady suffered the injury in his final season with the New England Patriots and it gradually worsened during his first year in Tampa, according to the report.

Brady, who was not listed on the injury report all season, underwent surgery to repair the knee in late February after leading the Buccaneers to a Super Bowl victory at age 43.

Brady has not discussed specifics about the surgery, saying only it was “pretty serious.”

Brady suffered a torn anterior cruciate ligament in the same knee during Week 1 of the 2008 season.