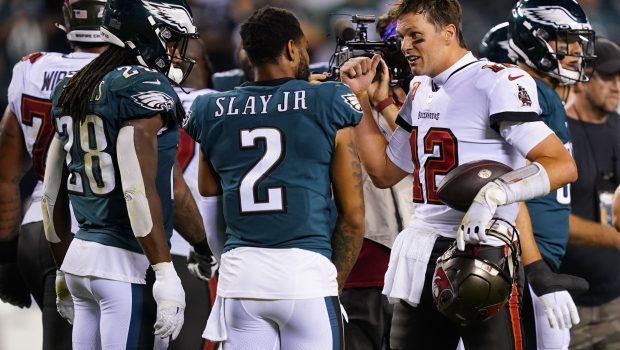 But they discovered that Tom Brady is a completely different story.

The Eagles defense, as crafted by coordinator Jonathan Gannon, depends on the line to adding a layer to coverage by rushing the passer and forcing checkdowns or quick throws.

Linebacker Alex Singleton played the most snaps at the second level, but the Buccaneers dumped the ball off and forced him to tackle, and he failed to record a single defensive stop or tackle for loss. Often, he was finishing his tackles going in the wrong direction, landing on his back.

Tampa Bay doubled up Philly in its gains of fifteen or more yards (4) against the Eagles’ forced incompletions (2).