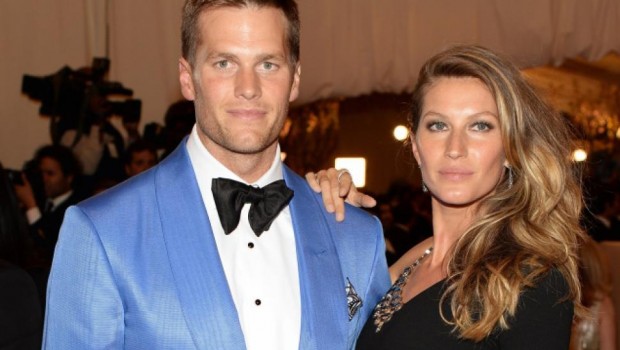 TOM BRADY HAS A COLD! PATRIOTS STILL FAVORED IN SUPE BY A POINT

It may not be earth-shattering news in some circles, but when Tom Brady took the podium today he was sniffling as if he had a cold!

Las Vegas may notice, but the New England Patriots are still favored by a point in Sunday’s Super Bowl. See latest odds: Brady dabbed at his nose during his hour media session on Wednesday. Brady didn’t sound or look like his normal self. He was sweating and talking in an unusually nasally tone.

“It’s been lingering,” Brady said, moments after admitting he caught it from supermodel wife Gisele Bundchen (see photo above) and his children.

Brady may be human after all. He gets sick and resorts to little tricks in order to heal just like the rest of us.

“I’m just trying to get some rest … and a lot of garlic,” he said. “An old remedy, so I’m trying everything I can.”

This cold may or may not be problematic come Sunday. The Super Bowl remains four days away. Regardless, Brady and the Patriots have their work cut out for them when they play the Seattle Seahawks in Super Bowl XLIX. The Seahawks have the league’s best defense, and any slight ailment that can keep Brady from being at the top of his game could prove costly.

Cool, calm Tom isn’t worried. He might as well have spelled out R-E-L-A-X to ease the concerns of Patriots fans.