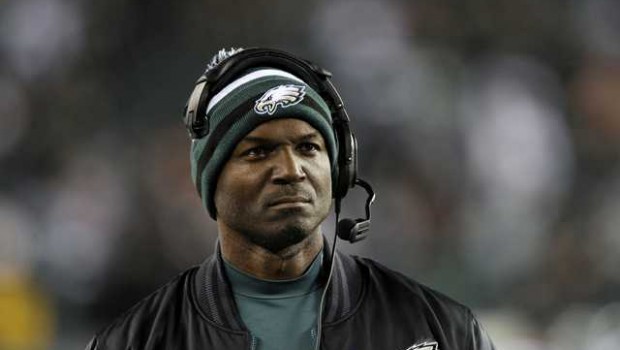 Todd Bowles played his college ball at Temple, graduating in 1985, went undrafted but played eight years as a defensive back for the Redskins and Niners.

And, of course, he had a cup of coffee as the Eagles’ defensive coordinator in 2012 when then coach Andy Reid fired Juan Castillo.

And Tuesday night he became dessert for the New York Jets.

Over dinner, Jets owner Woody Johnson and the rest of the Jets brass hosted Bowles for a second interview and Bowles ended up being dessert for Jets fans, hired on the spot.

Bowles, from Elizabeth, N.J., had plans to fly to Atlanta today for a second interview with the Falcons. But the Jets, who made sure to schedule him for his second interview with them before he was to go to Atlanta, never let him leave, agreeing to what is believed to be a four-year contract. Bowles’ contract is believed to be for about $16 million, the same $4 million per year Rex Ryan was being paid.

Shortly before news broke of Bowles being hired by the Jets, word came out of Carolina the Jets had called Panthers defensive coordinator Sean McDermott — another former Eagles DC — to cancel a scheduled Wednesday interview, a sign they were homing in on Bowles.

It is likely the Jets were wary of waiting for Quinn, who cannot be hired until the Seahawks’ season is finished, which could be as late as the Super Bowl on Feb. 1.

Bowles’ first mission will be to put together a coaching staff. He is expected to bring in former NFL head coach Chan Gailey as his offensive coordinator — despite the fact Gailey has been out of the league for two years.

Not surprisingly, Maccagnan and Bowles have connections to Charley Casserly and Ron Wolf, the two consultants Johnson hired to help him through the interview and hiring process.

Bowles played safety for the Redskins from 1986 to 1990 and 1992 to 1993 when Casserly was the team’s GM. After his playing career, Bowles worked briefly under Wolf, the former Packers GM, on the Packers’ player personnel staff in 1995-96.

Bowles has been in the NFL for 23 years — eight as a defensive back for the Redskins and 49ers.

Most recently, he was the Cardinals defensive coordinator, leading one of the league’s best defenses. His only head coaching experience came in 2011 when he was the interim head coach for the Dolphins, going 2-1 after Tony Sparano was fired.

Former Jet Antonio Cromartie, who played for Bowles in Arizona, praised the move in a series of tweets.