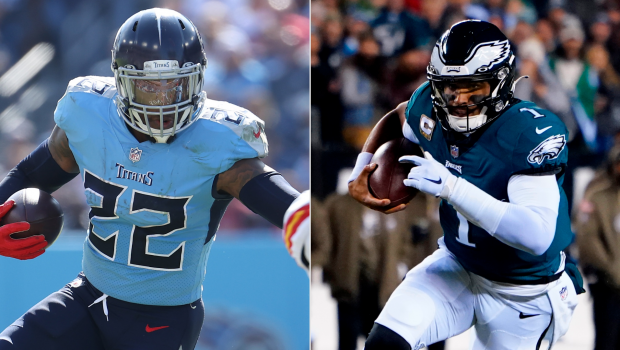 TODAY’S TITANS GAME IS A LITMUS TEST FOR 10-1 EAGLES!

The Titans will be a good litmus test for the Eagles because they can challenge them in areas where the Eagles are vulnerable: rush defense and special teams.

The potential return of Jordan Davis would make a big difference for a rush defense that is 24th in DVOA, and my guess is the Eagles play more odd-man fronts and try to force the Titans to beat them through the air.

The Eagles will play without safety Chauncey Gardner-Johnson, who is sidelined because of a lacerated kidney. However, Philadelphia has a versatile offense, and the passing game will come alive against a Tennessee pass defense ranked 17th in DVOA but first against the run.

The Eagles acquired A.J. Brown from the Titans to have offensive firepower.

You’ll see that on display Sunday.