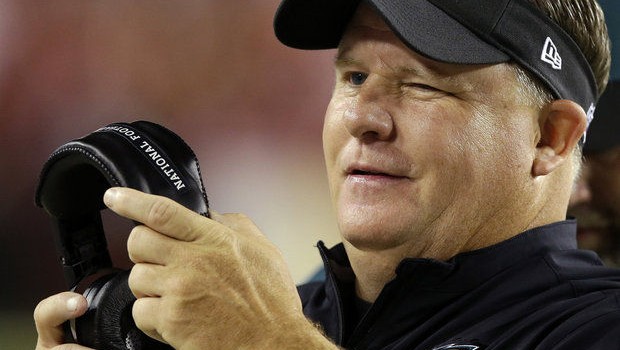 TODAY’S SAINTS GAME IS A FORK IN THE ROAD FOR EAGLE CHIP!

Today’s Saints-Eagles game at the Linc between two 1-3 teams brings back the wisdom of the recently departed Yogi Berra who said:

“When you reach a fork in the road, take it!”

Now Yogi wasn’t talking about Eagles Supreme Leader Chip Kelly, but he may as well have been.

The key will be how much Kelly learns from Eagles’ struggles through the first four games and whether he adjusts not only as a coach, but as a general manager.

It’s fine to prioritize “your guys” and “your system,” but it’s foolish to believe that all a player needs is “your system” to improve. Overall, Sam Bradford has proven to be the same quarterback in Philly he was in St. Louis – not surprising given that players rarely change or drastically improve after five seasons in the league, especially following two torn ACLs.

In the NFL, talent is king above all else and the Eagles still have enough of it to reverse course this season with the right adjustments by Kelly the coach.

Whether they correct course in the long term, however, depends on how flexible he is as a GM.