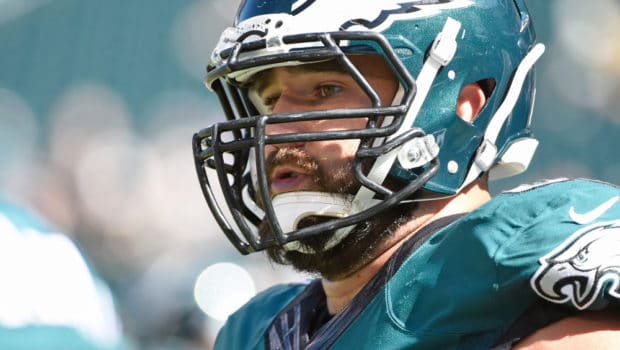 AS OF TODAY EAGLES ARE JUST $3.065M UNDER THE SALARY CAP!

It is Monday morning, March 13, and the Eagles have just $3.065 million in available cap space, according to OverTheCap.com.

The Eagles still may release or trade other veterans, as they have yet to address the cornerback position and they need cap space to sign future draft picks.

Jason Kelce (above), Ryan Mathews, and Mychal Kendricks could be cut or traded in order to free up additional cap space. Backup quarterback Chase Daniel is also drawing interest from teams via trade.

The Eagles likely aren’t done making moves in free agency, but so far they’ve managed to acquire several impact players without having to give out significant long-term money.