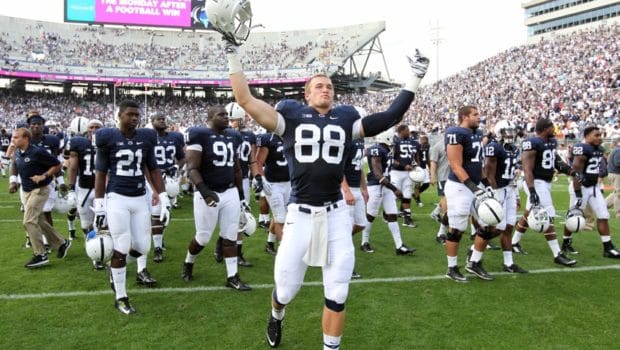 TODAY AT 4 MAY BE END OF DOLPHINS LINE FOR EX-NIT MIKE GESICKI!

Gesicki, a former Penn State great, who signed his $10.931 million tender just six days after receiving it in March, was widely expected to play under the tag this season.

A glorified wide receiver, Gesicki will be adjusting to a new system under Kyle Shanahan disciple Mike McDaniel this season.

A pure pass catcher who does not ascend to the heights of some catch-first tight ends from the recent past, Gesicki would be a risky proposition on a multi-year deal.