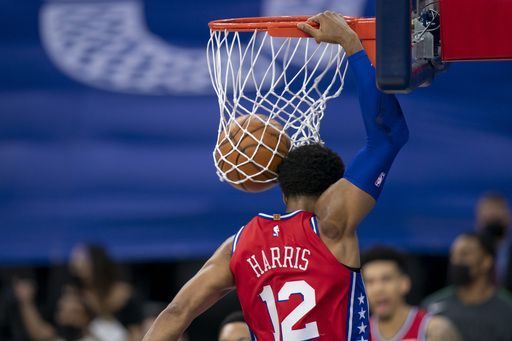 TOBIAS HARRIS OUT TONIGHT FOR SIXERS-CAVS WITH A KNEE

Head coach Doc Rivers said after the game the team would put Harris through tests to ensure he did not suffer structural damage.

Harris has been a vital piece of Philly’s success this season, even generating some All-Star buzz.

The 28-year-old is averaging 20.2 points, 7.5 rebounds and 3.4 assists per contest on 51-41-89 shooting splits. Harris’ improvement from beyond the arc has been especially important. His ability to be a threat from the perimeter gives the Sixers more spacing, giving Philly the opportunity to maximize Ben Simmons’ game and allow Joel Simmons to operate in the post.

Harris will miss at least tonight’s game against the Cleveland Cavaliers, per Charania.

The Sixers have responded to a three-game losing streak by winning four of their last five. They thoroughly dominated the Mavs on Thursday, holding Luka Doncic to just 13 field-goal attempts and seven turnovers. Embiid struggled, but Philly got 14 points and eight rebounds from Dwight Howard off the bench.

Doc Rivers’ squad remains the top team in the Eastern Conference. The Sixers can also take solace knowing Harris avoided a serious injury, which would have seriously impacted their status as a top contender.