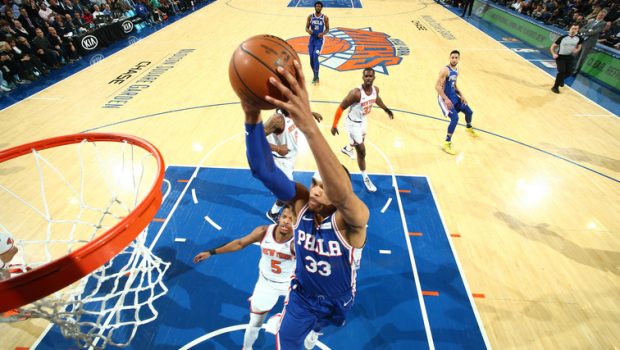 TOBIAS HARRIS LIKES SIXERS PACE SO HE’LL BE A KEEPER!

NBA free agency opens in just seven days — June 30 — and the Sixers have their sights set on re-signing both Jimmy Butler and Tobias Harris.

Harris is prioritizing style of play above all else in free agency.

Bleacher Report had Harris and New Orleans Pelicans guard Josh Hart on its 2019 NBA draft livestream, and host Taylor Rooks asked Harris what was most important to him as he weighs his free-agent options in the coming weeks.

“The most important thing for me, I would say, is style of play,” he said. “That’s the most important thing for me. That’s big for myself and my game, how I envision myself playing, envision myself growing and getting better year after year. So style of play, for my type of game, is the No. 1 thing I’m looking for in free agency.”

When Rooks asked what style of play Harris would prefer, he replied:

“Up and down, spread the floor, kinda like what everybody pictures the modern-day NBA team to be. Let’s shoot threes, get downhill, let’s get to the free-throw line, because those are the most efficient ways [to score]. But ball movement is the biggest thing. So, that style of play is most fitting for me.”

During the regular season, the Sixers ranked third in passes per game (316.9) and fourth in assists (26.9). They were second in both potential assists (49.7)—which NBA.com defines as “any pass to a teammate who shoots within one dribble of receiving the ball”—and assist points created (66.3).

The Sixers also ranked eighth in the league in pace this past season, averaging 102.6 possessions per 48 minutes. That’s been a staple of their style under head coach Brett Brown, as they’ve been among the top 10 in pace in each of his six seasons at the helm.