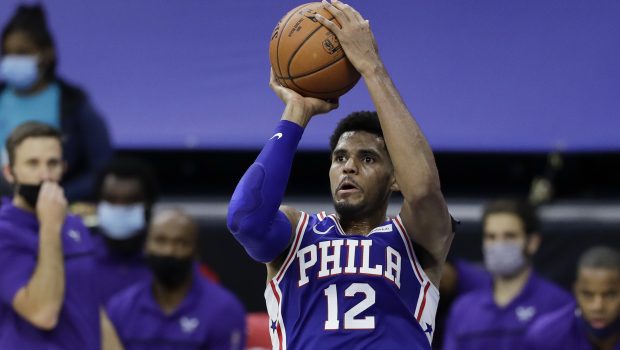 TOBIAS HARRIS LEFT A SICK BED TO GET 21 AND 11 FOR THE SIXERS!

The Sixers Tobias Harris said he fought through fatigue after spending the last couple days in bed with an illness.

He said once he got going, he felt better, and he got 21 points and 11 rebounds.

back 2⃣ back three's for @Tobias31. pic.twitter.com/aGOK54LDxy

He likes the idea that the 76ers don’t have to travel and will play again in Charlotte in two nights, allowing him more time to rest and recover.

“I still have some symptoms,” Harris said.