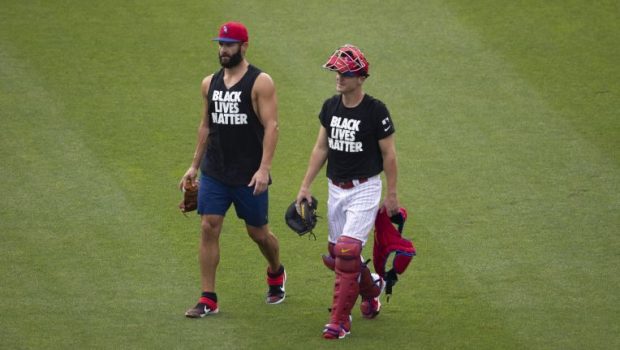 TO PHILS ‘BLACK LIVES MATTER’ IS MORE THAN A SLOGAN

The Phillies showed their support for the Black Lives Matter movement during Opening Day at Citizen’s Bank Park.

Phillies grounds crews spray painted “BLM” behind the mound in a display of unity.

Every player, coach and personnel from the Phillies and Marlins held on to a black ribbon pregame.