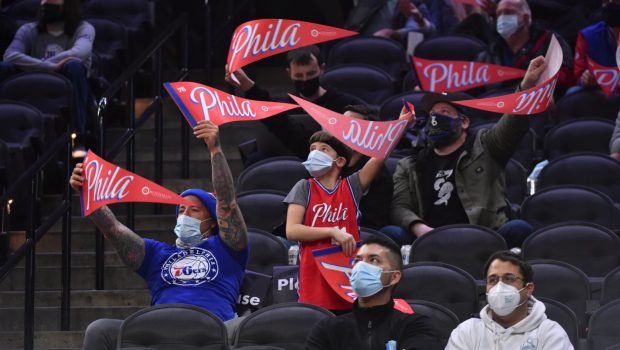 MASK OR NOT? NBA FANS TEND TO WEAR THEM, NHL NOT SO MUCH!

The Flyers next game is scheduled for the Wells Tuesday night against the Caps.

And the NHL has suspended games involving cross-border travel until after the Christmas break.

We assume that does not include the borders between DC, Maryland, Delaware and Pennsylvania.

And while we are venting:

Why is it that crowds at NHL games in this country rarely include fans wearing masks, while the opposite is true of NBA games?

Does the virus stay away from hockey?

The NHL has already seen 27 games postponed due to COVID-19 outbreaks.

The NHL and NHLPA have been in constant communication over the past several days. Both sides view a full schedule pause as a last resort, and are hopeful they will be able to avoid it, sources told ESPN. However, Olympic participation for NHL players is now in serious jeopardy; the league is scheduled to take a three-week break to allow players to go to Beijing in February.