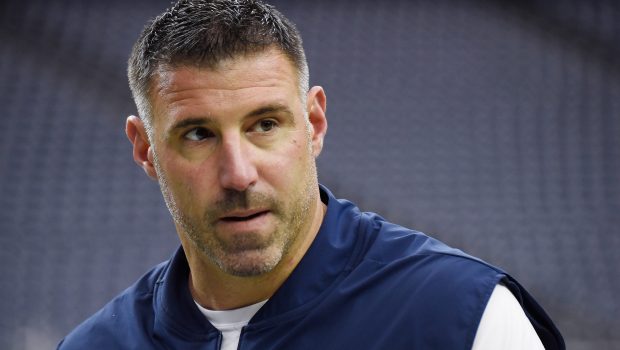 TITANS COACH MIKE VRABEL: I’D CUT OFF MY PENIS FOR A SUPE WIN!

How badly does Mike Vrabel wanna win the Super Bowl?? Well … the Tennessee Titans head coach says he’s fully prepared to part ways with his Johnson in exchange for a championship!!

Okay, full disclosure — pretty confident the dude was kidding …. but he definitely said it and now it’s on the internet forever and there’s nothing he can do to take it back.

So … how’d we get here?? Vrabel was talking with his players, Pro Bowler Taylor Lewan and Will Compton, on the “Bussin’ With the Boys” podcast … when he was asked if he’d make the ultimate sacrifice and chop off his dong in exchange for his first ring as a head coach.