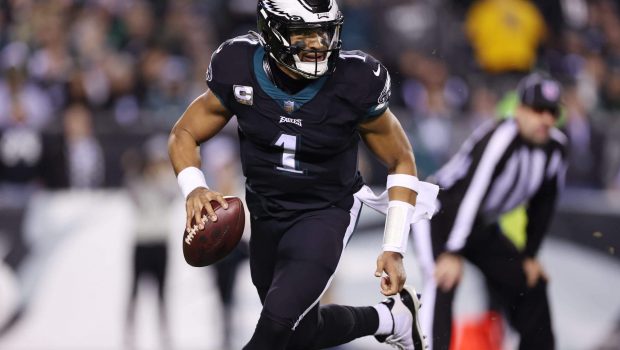 It’s always nice when a local Philly team gets recognized by a journo biggie.

The Athletic qualifies, as pertains the Eagles’ ranking among the NFL elite:

Jalen Hurts and company bounced back from a two-game offensive lull to run roughshod over the Packers’ depleted run defense. Hurts and Miles Sanders both set career highs for rushing yards in a game while the team ran for 363 yards total, the eighth-most for any team in the Super Bowl era.

One of the most encouraging things about Philadelphia has been its ability to win in different ways. We’ll see how it handles the Titans’ stout run defense this week.

Meanwhile, the NFC’s top seed may very well come down to the Christmas Eve showdown in Arlington, Texas.

The Eagles have a two-game lead over the Cowboys atop the NFC East, but Dallas is likely to hold any tiebreaker if it wins the rematch.

So while Austin Mock projects the Eagles to have a 74.7 percent chance of earning the NFC’s top seed (and the Vikings a 12 percent chance, just ahead of the Cowboys at 11.4 percent), the margin for error is relatively slim.