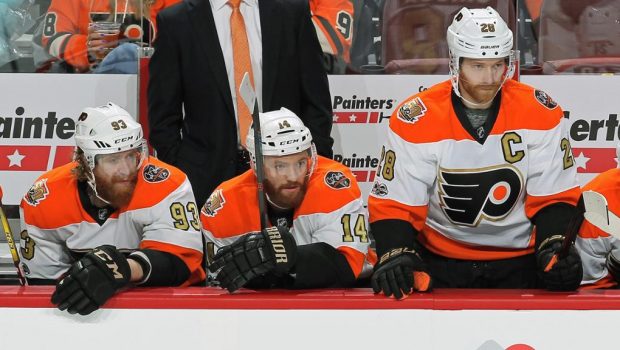 TIME TO BREAK UP FLYERS CORE OF GIROUX, VORACEK AND COOTS!

Here’s the thing about the Flyers’ seventh-game bust-out loss to the New York Islanders.

They never had a chance.

They were limited to just 16 shots, including a second period in which they mustered just three.

That has to be a huge concern for the Flyers, who have to wonder whether they’ll ever win anything of consequence with the likes of Claude Giroux, Jakub Voracek and Sean Couturier as the heartbeat of their team.

What you get from the Flyers fan-boy local media is a lot of cheering, typified by the Inky’s Marcus Hayes:

GM Chuck Fletcher and coach Alain Vigneault made the Flyers into the best team in the East when the coronavirus shut down sports in March, and they delivered them to the Toronto bubble as the same entity, and they earned the No 1 seed fair and square.

They lost in seven games in the second round to a team they hadn’t beaten in three games during the regular season – a bad matchup on every level, obvious in each game, all of which the Islanders dominated.

At least the Inky’s Ed Barkowitz infused some reality:

The Flyers were 0-for-2 on the power play, which moved them to 0-for-13 for the series.

Beyond the obvious problem of not scoring, an impotent power play often gives momentum to the opposition. It took the Islanders 56 seconds after killing the Flyers’ first opportunity to score the game’s first goal.

The Isles had six of the next seven shots following the kill and Andy Greene also scored for them.