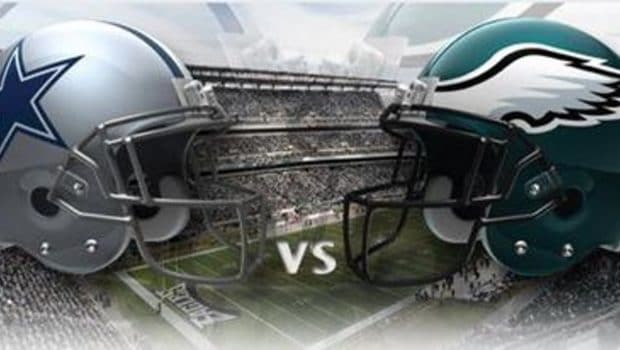 The Eagles remember the overtime loss they sustained the last time they visited the Dallas Cowboys at AT&T Stadium, a 29-23 loss to the Cowboys in October 2016.

Both teams acknowledge Sunday’s game is a rivalry game with plenty at stake as the season turns toward the home stretch.

“I can remember back when I played here in ’99, all week long it was like ‘I don’t care what else happens the rest of the year, you’ve got to beat the Cowboys,'” said Eagles coach Doug Pederson, who played quarterback for the Eagles for one season and went 1-1 against Dallas.

“That’s the mindset of the city.”

Eagles fans certainly will be expecting a win over the Cowboys as Philadelphia (8-1) enters the game with the best record in the NFL. Dallas (5-4) has had more peaks and valleys to this point and the Cowboys know they’re looking at another steep climb.

“It’s been a great rivalry (against the Eagles) here with the Cowboys for a long, long time,” Dallas coach Jason Garrett said. “We certainly recognize what the challenges are on Sunday night.”

The Cowboys were riding a wave of momentum after a win over Kansas City made it three in a row, but the good vibes ended with a 27-7 loss at Atlanta on Sunday.

Dallas had a setback before the game started as the clock finally ran out on Elliott’s numerous court appeals of his six-game suspension. He began serving the ban for violation of the NFL’s personal-conduct policy and reportedly left the country late last week.

Things got worse for Dallas in a hurry when Lee exited the game with a hamstring injury early in the contest. Lee has proven crucial to the Cowboys’ overall success as they dropped two games he missed earlier in the season — at home against the Los Angeles Rams and Green Bay Packers on consecutive weeks — with a similar injury.

Lee might not be able to return during Dallas’ upcoming run of three games in 12 days, including Sunday night versus the Eagles, Thanksgiving Day against the Los Angeles Chargers and the Nov. 30 contest versus the Washington Redskins.

The Cowboys have two more worrisome injuries as left tackle Tyron Smith was sidelined on Sunday with an ailing groin. His replacements gave up seven sacks. Furthermore, Dan Bailey missed his third straight game with a groin injury and fellow kicker Mike Nugent missed a 38-yard field goal attempt against the Falcons.

The Cowboys will be leaning heavily on Dak Prescott to ignite the offense despite key absences. Prescott still has plenty of quality targets as tight end Jason Witten and wide receivers Dez Bryant and Terrance Williams among others are still relatively healthy and ready to go.

Garrett expressed his confidence in Prescott’s ability to rally the offense.

“First of all, I think he’s an outstanding leader,” Garrett said. “He has a great spirit about him. He sets a great example for his teammates. He has a real even keel through success and through adversity. Those guys can look at him as a consistent figure. It’s not only guys on offense, but it’s really everybody on the football team.”

Dallas’ defense bears some responsibility in keeping the Cowboys out of an offensive free-for-all.

That won’t be easy as Philly enters with the NFL’s fourth-best offense. The Eagles are averaging 377 yards and 31.4 points on the strength of quarterback Carson Wentz’s strong second season in the league. Wentz has passed for 251 yards per game with 23 touchdowns with only five interceptions.

Garrett favorably compared Wentz to Prescott, both of whom were rookies in 2016.

“Probably not unlike Dak, the more these guys play, if you go about it the right way, you’re going to learn from your experiences,” Garrett said.

The Birds upgraded its running game, trading with Miami for running back Jay Ajayi, who joins LeGarrette Blount in the backfield.

“You’re seeing the same work ethic today that I saw last year at this time,” Pederson said. “It’s just a tribute to the guys and the messaging of the team and them buying into it and believing in it and knowing that they’re a good football team.”