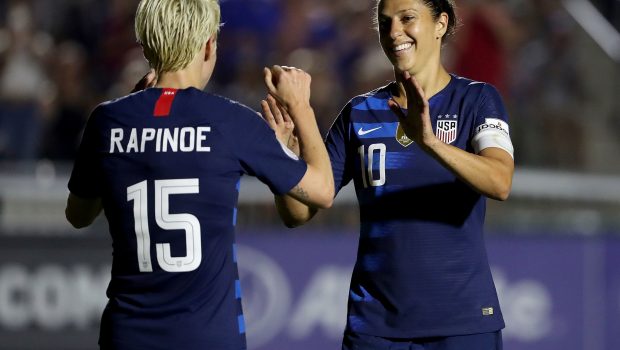 TIME FOR S. JERSEY’S CARLI LLOYD TO GET OFF THE WORLD CUP BENCH!

She has gone from starting-lineup centerpiece to second-half substitute. She still wears the No. 10 but has been asked to reinvent herself as a No. 9.

At 36, Carli Lloyd has kept a positive outlook, a level of professionalism and, perhaps most important, a presence on the score sheet as her role with the United States women’s national team has gradually diminished in the past two years. But as she sat pondering her situation last Friday in the lobby of her team’s hotel in Lisbon — one day after appearing as a reserve in the United States’ 1-0 victory over Portugal, and only seven months before the start of another Women’s World Cup — Lloyd said she needed to make one thing clear.

She paused, then added: “There’s a lot that can change in seven months.”

In seven months, Lloyd should be headed to France to help the United States try to defend its Women’s World Cup title. All signs, so far, indicate Lloyd, the tournament’s best player in 2015, will make the trip as a supporting player: