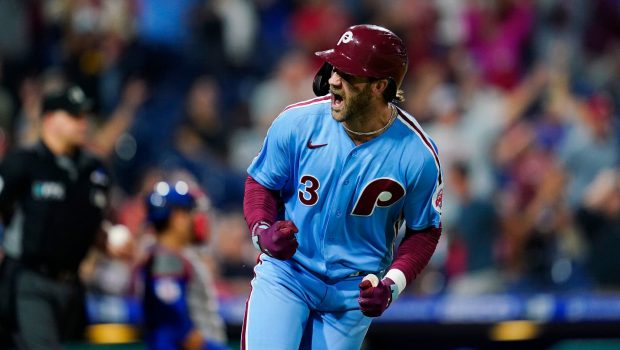 And now the Phillies and owner John Middleton have to shell out some bucks to surround him with talented support.

Otherwise, the Phillies will have wasted the $330 million they paid him to come to town.

Twenty-twenty-one was the best of Bryce Harper’s three seasons in Philly.

Since joining the Phillies, he is one of only three players — with Juan Soto and Atlanta’s Freddie Freeman — to have both a .400 on-base percentage and a .500 slugging percentage while playing at least 300 games.

Yet while Soto and Freeman have helped their teams win titles in that time frame, the Phillies have largely squandered Harper’s performances. Hampered by a thin farm system, shaky defense and a weak bullpen, the Phillies are 191-193 since signing him. But Harper is optimistic.