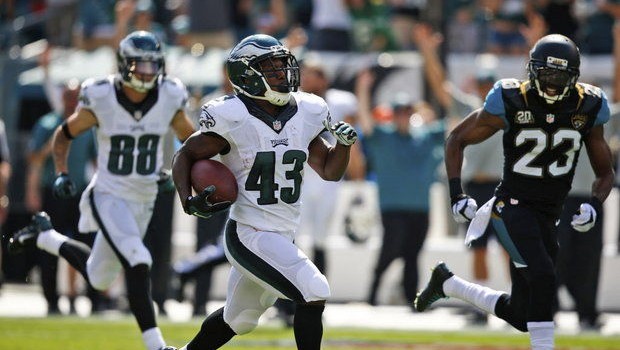 TIME FOR EAGLES SPECIAL TEAMS TO LOOK LIKE THE 2014 VERSION!

Remember 2014, when the Eagles’ special teams made up for a lackluster offense and carried the Birds to a 9-3 record before they collapsed to 10-6?

Well, the 2015 version has been decidedly less than special as the Ragles have gone 0-2.

Through two games the special teams unit haven’t done anything except get a punt blocked and returned for a touchdown against them. The Jets special teams aren’t that great.

Or maybe it’s up to Darren Sproles (above) to bring a back a punt for a touchdown. The Eagles need a boost to get going and its time for their best unit from last year to kick into gear.