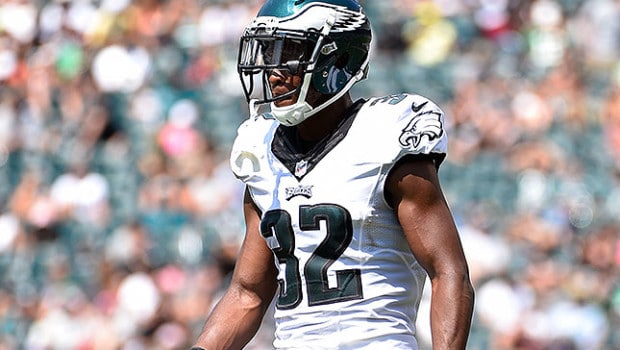 TIME FOR EAGLE ROOKIES AGHOLOR AND ROWE TO PLAY LIKE PROS!

While we take a breath as the Eagles have this Sunday off, it is worth taking at look at the team’s biggest failing:

We all saw what third-round pick Jordan Hicks can do this season. Before he tore his left pectoral, he was arguably the Eagles’ defensive MVP and certainly would have been in consideration for Defensive Rookie of the Year.

Now, it’s time to see what first-rounder Nelson Agholor and second-rounder Eric Rowe (above) can do. Agholor was slowed down for a while from a high ankle sprain he suffered against the Saints but is finally healthy again. It was probably too much to ask him to come in and play a huge workload right from the start, but the Eagles needed to try to replace Jeremy Maclin somehow after they let him walk.

As for Rowe, he had trouble getting on the field until the Lions game, when he was thrust into action after Nolan Carroll broke his ankle. With Carroll on IR, we’re going to see a lot more of Rowe for the rest of the season.