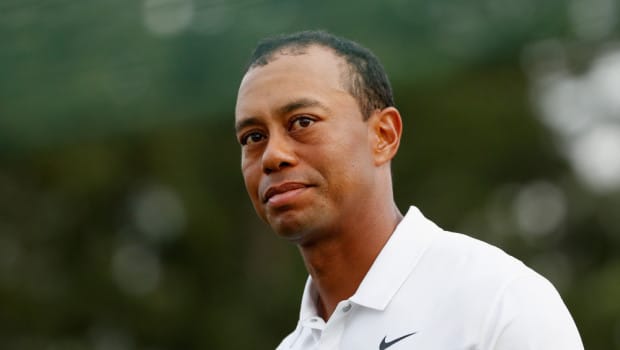 Something happened at a golf course in Florida yesterday that would have made news if it had happened at any other time.

He had a press conference before the start of Hero World Challenge, and he was more downbeat than he had been in a long time.

He reminisced about the past, talked about the pain of today and the complete uncertainty of tomorrow. And while some took this as a sign that Tiger was one step from retirement, the truth is he’s so far away from competing that retirement seems like the easier way out.

Maybe Tiger is gone and would do whatever passes for retirement in golf. When he was feeling good he’d play The Masters and maybe even get on some Sunday leaderboards a la Fred Couples. But you wouldn’t seem him slogging it through a John Deere and going 75-78 to keep up appearances that all was well and dominance was close.

He is a 39-year-old who’s beaten down — the Peyton Manning of golf.

His mind hasn’t changed. He’s still the killer who went out and dominated fields like no one had ever seen — and that was only 15 years ago! It’s his body that won’t cooperate. And each surgery and every comeback, it weighs on him.

Tiger will never be in the shape he was in during his mid-20s, but he has to dream of getting good enough physically to contend into his 40s like Phil Mickelson, Jim Furyk, Vijay Singh or scores of others (although, weirdly, none who have broken what will soon be Jack Nicklaus’ 30-year-old Masters record for oldest man to win in Augusta or Julian Boros’ all-time mark, when he was 48 at the 1968 PGA).