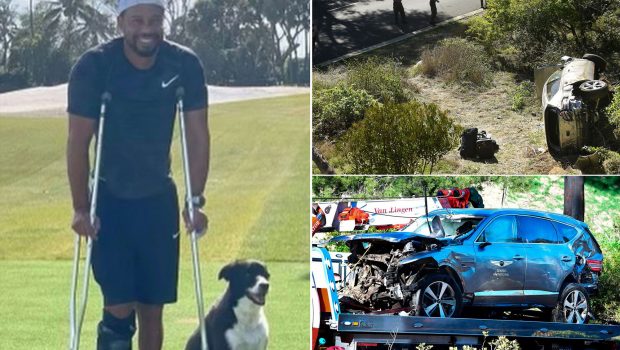 Tigers Woods concedes that his days as a full-time golfer are over.

Woods is recovering successfully from his car crash last February in southern California.

“I think something that is realistic is playing the tour one day — never full time, ever again — but pick and choose, just like Mr. [Ben] Hogan did. Pick and choose a few events a year and you play around that,” Woods said in an interview with Golf Digest.

“You practice around that, and you gear yourself up for that. I think that’s how I’m going to have to play it from now on. It’s an unfortunate reality, but it’s my reality. And I understand it, and I accept it.”

Woods was injured in February when the SUV he was driving in Los Angeles left the road and flipped; Woods suffered multiple substantial leg injuries, including a shattered ankle and a compound fracture.

He has spent months out of the public eye rehabbing and working, with only occasional reports from fellow players and, more recently, social media dispatches to give updates on his condition.

The injuries were so extensive that Woods said he faced the possibility of amputation. Once it became clear that his legs could be saved, Woods got to work with his hands, catching balls thrown by his girlfriend and another friend to improve his reaction time. Woods rehabilitated at home in Florida, progressing from a hospital bed to a wheelchair to crutches to a walking boot to now, when he can walk largely without issue.