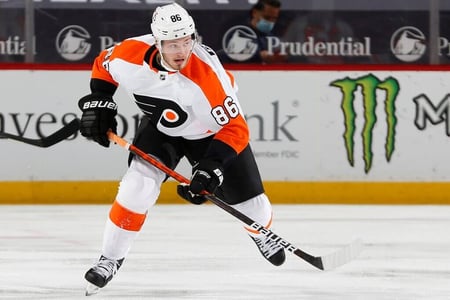 Farabee snuck a wrist shot past the outstretched leg of James Reimer at the 15:57 mark of the third period to tie the game (2-2) and ultimately force overtime.

He finished the game with a single shot on goal, five blocks, and a hit in 21:18 of ice time. Farabee has nine goals and three assists through 24 games.