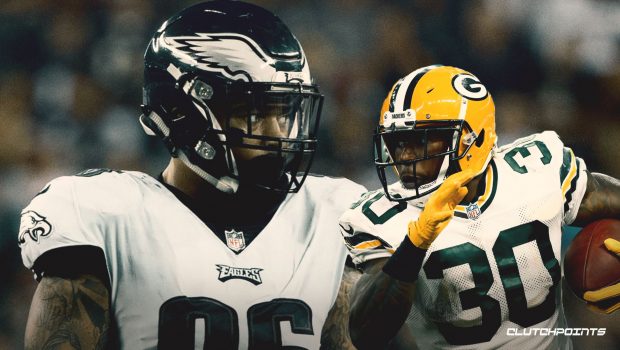 ‘THIS IS HOW WE FEED OUR FAMILIES,’ EAGLES BARNETT SAYS OF BIG HIT!

Derek Barnett won’t be suspended for his monstrous hit on Packers running back Jamaal Williams in Thursday’s night’s Eagles win.

And the Eagles Eagles defensive end isn’t apologizing for his aggressive style of play.

“I’m going to have a penalty here and there,” Barnett said yesterday. “It is what it is. I’m not going to be tip-toeing out there, though.”

Barnett earned an unsportsmanlike penalty for his hit on Williams, which came on the Packers’ first play from scrimmage. He was not ejected.

“I was running to the ball, and I didn’t hear a whistle,” Barnett said. “I went in and tried to tackle him because we’re playing football. I wasn’t trying to hurt anybody because it’s our livelihood, this is how we feed our families. So I don’t wish that upon nobody.”

Barnett had four tackles and a key strip-sack of Aaron Rodgers.