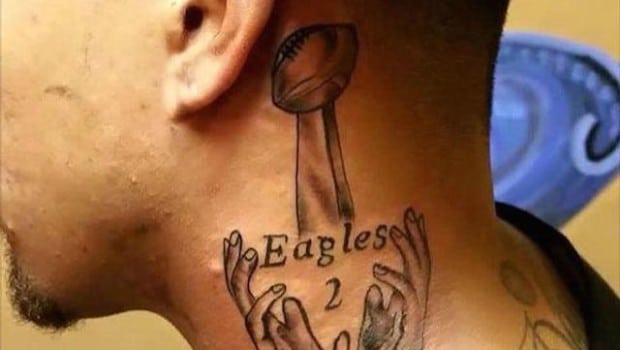 THIS GUY IS PRETTY SURE THE EAGLES WILL WIN SUPER BOWL 50! However, the three fans from last year aren’t as daring as our Eagles fan.

The tattoos from last season were either on an arm or a leg, body parts that can be easily covered up so you can hide the fact that you got a tattoo saying your favorite team won theSuper Bowl even though they didn’t actually win the Super Bowl.

This Eagles fan got the ink on his neck, which means he better hope that the Pope does end up blessing Sam Bradford because Philly’s season isn’t going anywhere if he gets injured.