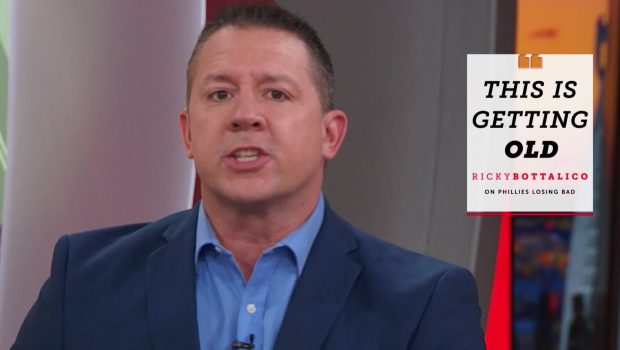 The Phillies lost to the Orioles last night.

And it was ugly.

An error and the surrender of an inside-the-park home run in extra innings had fans up in arms.

And NBC Sports Philly analyst and former MLB reliever Ricky Bottalico was one of them.

He did not hold back when describing the performance he saw on the field:

"I thought this game was an embarrassment to baseball."

Ricky Bo does not mince his words after the Phillies' disastrous loss to the Orioles. pic.twitter.com/LMMp3TibRV

One thought on “‘AN EMBARRASSMENT TO BASEBALL,’ PHILS ANALYST RICKY BO SAYS!”