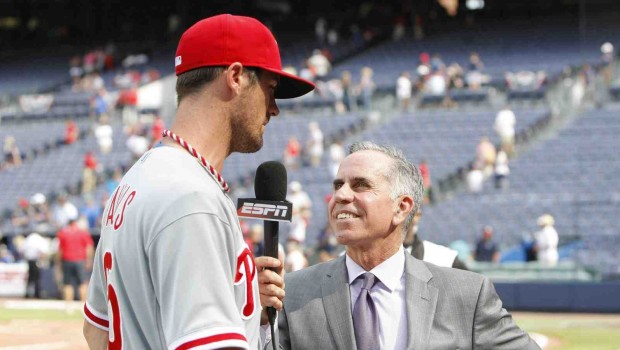 IF YOU THINK PHILLIES’ HAMELS WILL GO TO YANKEES, FUHGETABOUTIT!

With all the sound and fury about the impending MLB trading deadline — three days away, July 31 at 4 pm — one might think that it is a sure bet that Phillies ace Cole Hamels will go to the highest bidder so that the team can finally get on with the rebuild that they say has already started.

Keep in mind that the only Phillie fave who was traded in the past year was shortstop Jimmy Rollins, dealt to the Dodgers last December.

The reality is that Phillies general manager Ruben Amaro Jr. is a terrible businessman, especially the part of that word that includes the ability to huff and puff and bluff his way into a great trade.

And if you are under the impression that the Yankees make the most sense as a trading partner:

In addition, the Phillies have said the trade must start with Aaron Judge or Luis Severino and the Yankees have let teams know they have no interest in moving either or Greg Bird or Jorge Mateo.

The Yanks feel they have been working hard in acquiring young players such as Didi Gregorius and protecting the best of their farm to avoid becoming the Phils — a team that grew old, had too many poor long-term deals and lacked the prospect depth to cover for all of that. And they do not want to start chipping away at their future for momentary gratification.