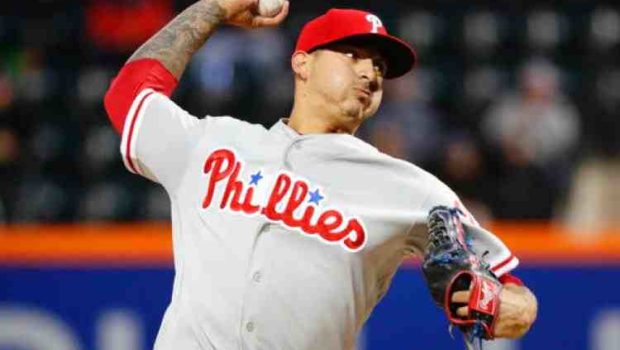 The Hot Stove League is just warming up and the Phillies have already made some news:

They reinstated right-handers Zach Eflin, Jerad Eickhoff, Vince Velasquez (above) and Jesen Therrien, along with infielder/outfielder Pedro Florimon, from the 60-day disabled list.

Therrien and Florimon were both outrighted off the 40-man roster and became free agents. The two new free agents appeared in 15 games each with Phillies in 2017, spending a majority of their seasons in the minors.

Therrien finished with an 8.35 ERA in his major league appearances while Florimon hit .348 with four doubles, a triple and six RBIs before he dislocated his ankle early in September.