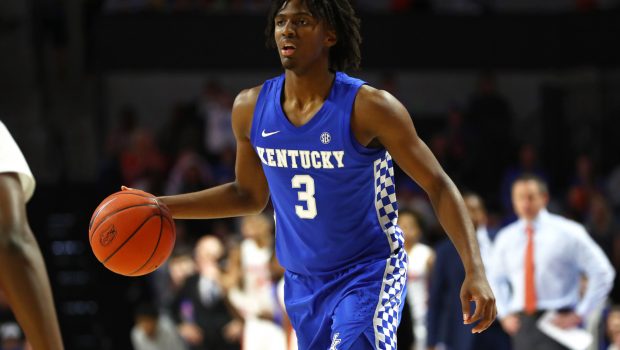 THESE MOREY MOVES HAVE PUT SIXERS BACK IN TITLE CONVERSATION!

In case you have been asleep since Wednesday night, new Sixers president Daryl Morey has shaken things up.

He made five moves on Wednesday night during the 2020 NBA Draft, trading away two big acquisitions from last offseason, and drafting three young players:

The biggest move of the day came before the draft when the Sixers sent Al Horford, a 2025 1st-round pick and a 2020 2nd-round pick to the Oklahoma City Thunder for Danny Green and Terrance Ferguson.

The main motive behind the move was to get rid of Horford and his huge contract, something Morey achieved by bringing back Green, who will be a free agent next offseason. The Sixers are now out of the horrendous 4-year, $109 million deal the team handed Horford last offseason.

The Sixers also added some shooting in the deal, as Green is a career 40% shooter from deep on 4.7 attempts per game. Ferguson, 6-foot-6, has averaged 4.8 points in three years in the NBA.

Morey also sent Josh Richardson — acquired in the sign-and-trade last year that landed Jimmy Butler in Miami — packing. Richard was traded to the Dallas Mavericks for guard Seth Curry, a move that will dramatically help the Sixers’ outside shooting.

Curry is a career 44% shooter from deep on an average of 3.9 attempts per game. He shot 45% from three last season on 5.0 attempts per game, while averaging 12.4 points, 1.9 assists and 2.3 rebounds. He should help the Sixers space the floor, something that was a major issue for them last season. Curry has three years remaining on his deal at about $8 million per season, a very reasonable deal for what he should bring to the Sixers.

Morey’s first draft pick with the Sixers was forward Tyrese Maxey, a player many felt could be a lottery pick.

Maxey, 6-foot-3, 198 pounds, averaged 14.0 points, 3.2 assists and 4.3 rebounds in his sonly season at Kentucky. He shot 29% on 3.6 threes per game, and 49% from the field overall. He should be a plus-player for the Sixers on the defensive side of the ball, and has some nice potential on offense, as he is a solid creator from the perimeter.

The Sixers were heavily rumored to be interested in Joe, so-much-so that there was speculation that he could be their pick at No. 21 overall. Getting Joe at No. 49 could be a potential steal, as he was one of the better shooters in the draft, and is one of only four collegiate players to total 200-plus made-three pointers, 100-plus assists and 80-plus steals over the last two seasons.

Reed was the first big-man of the night the Sixers acquired, drafting the 6-foot-9, 220 pound forward from DePaul with their last pick. Reed averaged 15.1 points, 10.7 rebounds,1.9 steals and 2.6 blocks in his final season at DePaul, and should be able to help the Sixers’ on the defensive side of the floor immediately.