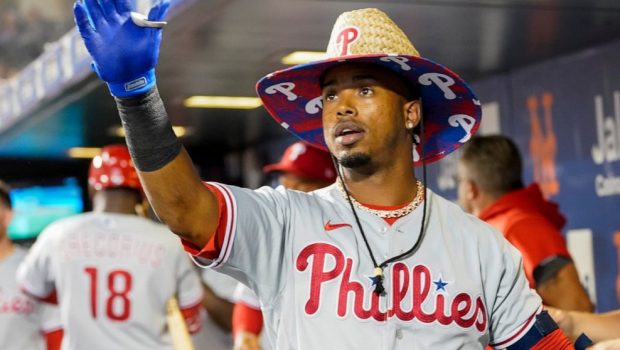 THESE MAY BE JEAN SEGURA’S FINAL DAYS AS A PHILLIE

The Phillies hold a $17 million option on Jean Segura.

However, even though Segura has had a solid season, it’s likelier that the Phils pay the option’s $1M buyout than pick up that hefty salary.

Segura has ample experience at shortstop and has played some third base as well, but he’s been a strict second baseman in Philly recently and other teams likely view him similarly. The open market hasn’t been kind to non-star, second-base-only players like Segura in recent years, even when they’re coming off respectable seasons.

Segura has slashed .273/.335/.393 — good for a 106 wRC+ (suggesting he’s been six percent better than the league-average hitter). Segura is a tough strikeout but doesn’t walk much and has slowly seen his power dwindle to below-average levels. He generally has solid but unspectacular grades for his glovework at second base. He’ll be 33 next spring.