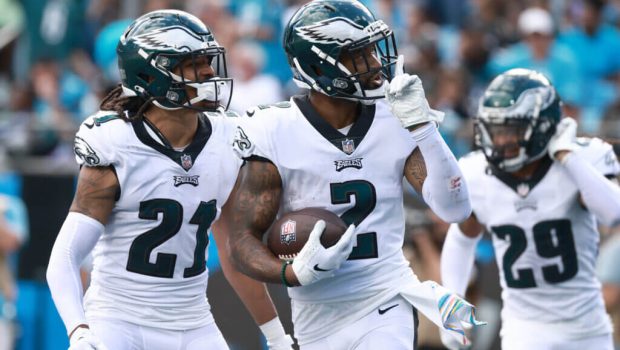 THESE EAGLES FINALLY HAVE AN IDENTITY — IT’S THE DEFENSE!

After getting run over in three straight defeats, the Eagles defense showed up just in time to get a much-needed victory over the Panthers 21-18!

Three picks and three sacks — a much better run defense (3.6 yards per carry) thwarted a Panthers offense that was on a roll.

Cornerback Darius Slay played his best game as a Bird with 2 interceptions, and other vital plays in the comeback win.

That is now 2 picks for No. 2#PHIvsCAR | #FlyEaglesFly

A rare blocked punt also fueled the comeback win in which the Eagles offense sputtered in the 1st half.

And getting to 2-3 in the NFC East standings with the Super Bowl champs coming into the Linc Thursday night is way better than 1-4.