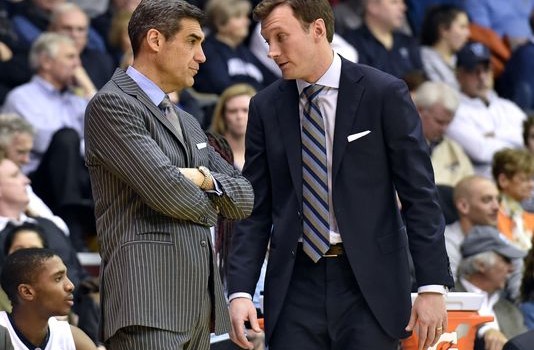 THE WALL STREET WILDCAT: BAKER DUNLEAVY’S HEART LED HIM BACK TO VILLANOVA!

In 2010, Dunleavy had a good job working in institutional sales, first at Merrill Lynch then at Bank of America. He’d also done some broadcasting. “But basketball was in his blood,” says Mike Dunleavy Sr., Baker’s father, longtime NBA coach and the new coach at Tulane. “The next thing I know he calls me up and says he’s going to take a big pay cut, he’s going to go back to Villanova and work for Jay (Wright).”

For two years, Wright had tried to talk Dunleavy, one of his former players, out of this idea. Wright had been proud of Dunleavy’s success in the business world. He’d bragged about him, and the path between Villanova’s business school and good-paying jobs on Wall Street.