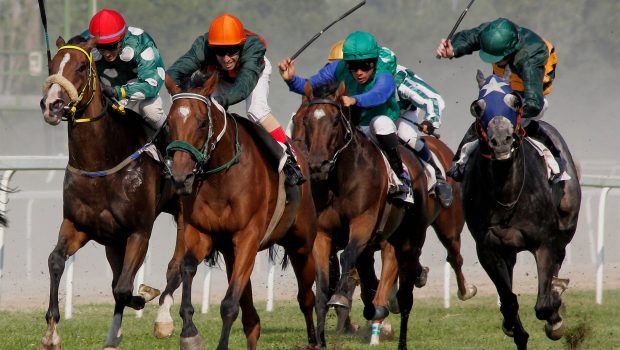 THE RACING YEAR STARTS WITH PEGASUS WORLD CUP ON JANUARY 23

It’s a fresh new year for all horse racing enthusiasts as the Pegasus World Cup Invitational is scheduled for January 23 at Gulfstream Park in Hallandale Beach, FLA.

This one 1/8-mile primary track invitational race has a staggering $4 million purse in its 5th year.

According to the US Racing, two percent of the purse winnings will go directly to Thoroughbred aftercare funding.

And what sets this race apart from the rest is the field.

These are the horses that made it through the final race lineup.

With earnings of $2,984,996, War Story trained by Elizabeth L. Dobles owned by Imaginary Stables and Ellis, Glenn made it to the list. A proper credential backed War Story to be invited in the Pegasus World Cup again. His first run was in Pegasus World Cup 2017, in which he finished the race in third place.

Trained by Juan Carlos Guerrero and his jockey Javier Castellano, Spun to Run made it to the invitational. Running with Maximum Security and Mucho Gusto of Bob Baffert, Spun To Run is one solid contender. With a lifetime record to five wins in 11 starts, this pushed his career earnings ultimately.

Tenfold from the Winchell Thoroughbreds LLC, True Timber of Calumet Farm, and Seeking the Soul of Charles E. Fipke also made it to the invitational.

Tenfold is a Preakness Stake runner who came third behind Justify. However, True Timber, a Triple Crown 2017 contender, didn’t yet bag over $1 million race winnings without a single entry in a stakes race. While Seeking the Soul, a retired American Thoroughbred racehorse made it again into the Pegasus World Cup. In 2019, he finished second, challenging the champion City of Light.

Bob Baffert’s pride during the 2020 Pegasus World Cup Invitational, Mucho Gusto, won first place beating Mr. Freeze. And now once again invited to race for the 2021 invitational. With his winning jockey, Irad Ortiz, Jr., Mucho Gusto is set to rerun the race, and a lot of odds are in his favor.

We guess that the 2021 Pegasus World Cup Invitational is another chance for Mr. Freeze to challenge and hopefully beat Mucho Gusto. The 2020 Pegasus World Cup second place is invited once again to run at the Hallandale Beach.

Does his trainer Dale L. Romans and jockey Luis Saez prepared something for this great race? Will it be his time to finally beat Mucho Gusto?

Omaha Beach, Higher Power, Bodexpress, Diamond Oops, and Tax are all invited to run the race this January 23.

Among the five, Higher Power, Bodexpress, and Tax has already run the Pegasus World Cup with Mucho Gusto and Mr. Freeze. Running for the second time around would be a privilege. These horses ran a pretty decent course at Belmont, Preakness, and Breeders Cup.

Tiz the Law had been rumored to be invited in the prestigious race. Even with his disappointing sixth-place during the Breeders Cup, many enthusiasts are rooting for Tiz the Law to make it to the Pegasus World Cup. Unfortunately, his name didn’t come up when the final list was posted. We guess that Tiz seems to be a little uncomfortable from his loss in the Breeder’s Cup.

Alongside Tiz the Law is Charlatan. Though Charlatan has a lesser resume than Tiz, many enthusiasts also speculated that the horse would make it to the invitational race. Charlatan won the Arkansas Stake (G1) but was disqualified after a failed drug test, which became a hot issue on Baffert’s corner.

If things went well and Charlatan made it through the Pegasus World Cup, Bob Baffert would be extra busy as his winning horse Mucho Gusto is also invited.

The year 2021 is getting off to a good start for every horse racing enthusiast as everybody is looking forward to the 2021 Pegasus World Cup Invitational. A lot of experts are keeping their eyes on the potential winners based on their past racing credentials. It will be an exciting year as many invited horses have already experienced the Pegasus World Cup. Though the race event will still be strictly following all the health security and regulations, fans can still bet and watch at the comfort of their homes.