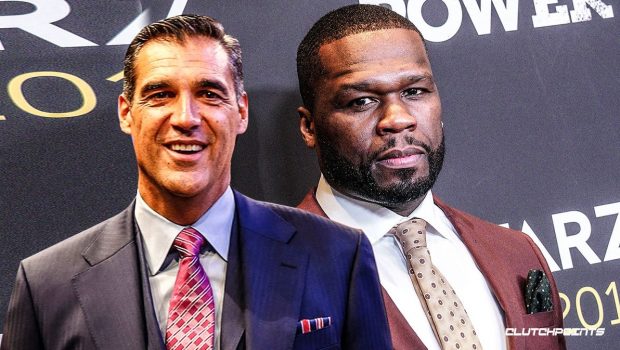 WHEN NOVA’S JAY WRIGHT URGED 50 CENT NOT TO DROP THE F-BOMB!

For Wright, it gave him a chance to tell a story about begging rapper 50 Cent to not drop F-bombs at a season kick-off event in 2006:

“I’ll never forget sitting with 50 Cent and begging him not to use the F-word — begging him — and he didn’t even look at me,” Wright said. “I was scared. But he never said it. He went out and put on an incredible show.”

While many college basketball teams now have musicians perform during their midnight madness events — or variations of it — Villanova was at the forefront of that movement. Given their location, drawing on numerous talented Philly musicians, the program has had a good lineup over the years.